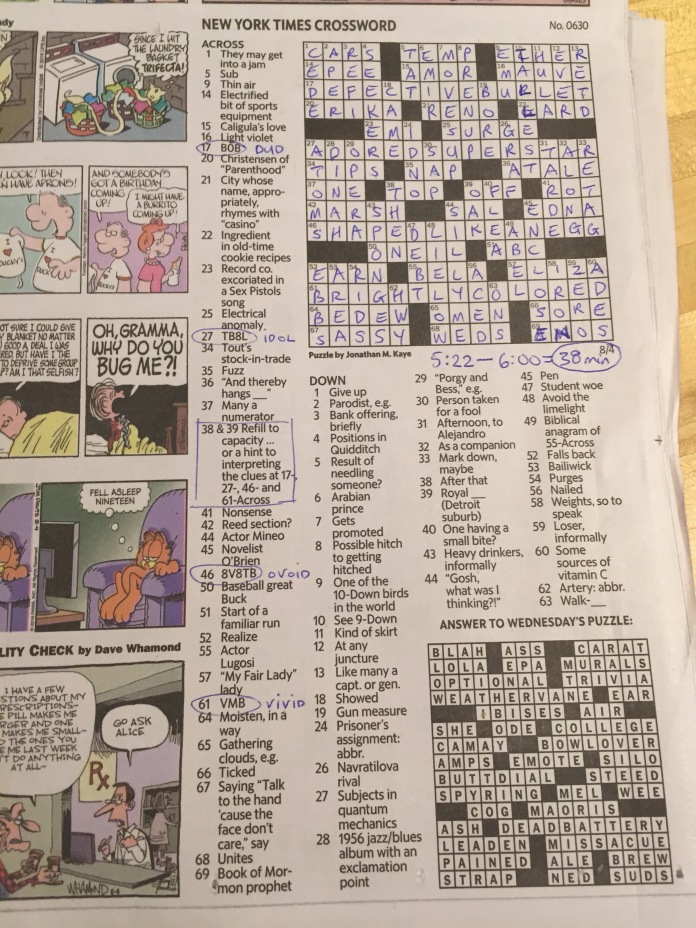 Welcome back readers! I’ve taken a few weeks off from blogging about the NYTimes crossword puzzle for personal reasons, but I’m back. And thank God for that. 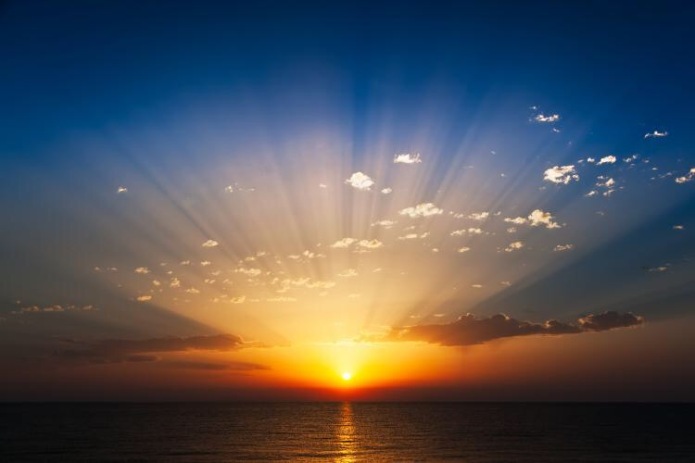 Today I first solved the key to the four themed answers at 38 & 39A: TOP OFF (Refill to capacity … or a hint to interpreting the clues at 17-, 27-, 46- and 61-Across). Though I never did resolve the meaning of this hint until after I was completely done filling today’s grid. 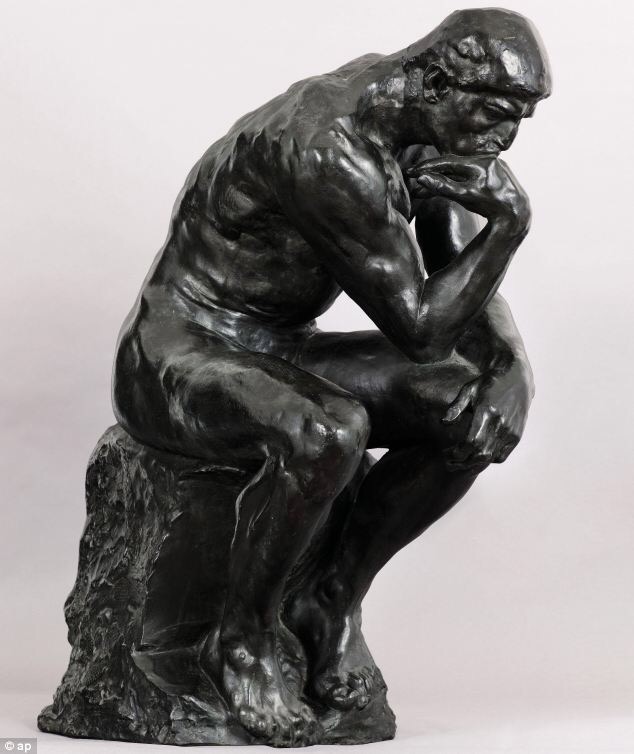 In solving the four long horizontal (15-lettered) themed clues, I relied about 90% on crossers, and 10% on puzzle-solving skills or pure inspiration. It would have been oh so much easier had I been mentally prepared to decode the theme, but alas, my brain was a little slow so early this morning. I finished this puzzle in 38 minutes. 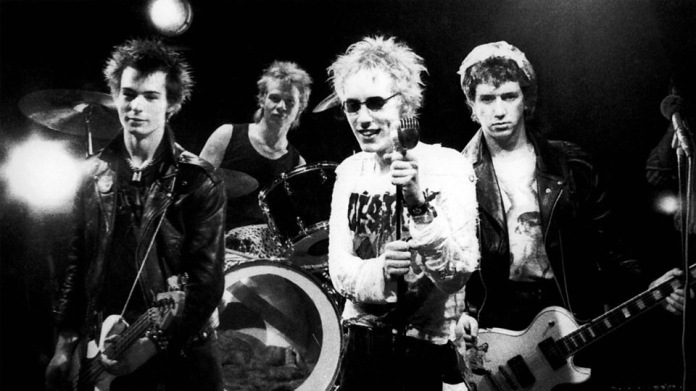 The themed answers were: 17A: DEFECTIVEBULLET (BOB — AKA DUD [cut off the top half of the letters, Duh]); 27A: ADOREDSUPERSTAR (TB8L — AKA IDOL); 46A: SHAPEDLIKEANEGG (8V8TD — AKA OVOID); 61A: BRIGHTLYCOLORED (VMD — AKA VIVID (pretty nifty, and harder to see than the others, not that it slowed me down, as I had no clue… ).

I was most impressed with myself when I answered (mostly right) the paired clues at 9 & 10D. I had no crossers at that point, and just sort of saw it. 9D: EMU (One of the 10-Down birds in the world). 10D: TALLEST (See 9-Down), I said “largest,” but it was close enough to lead me to the correct solution. 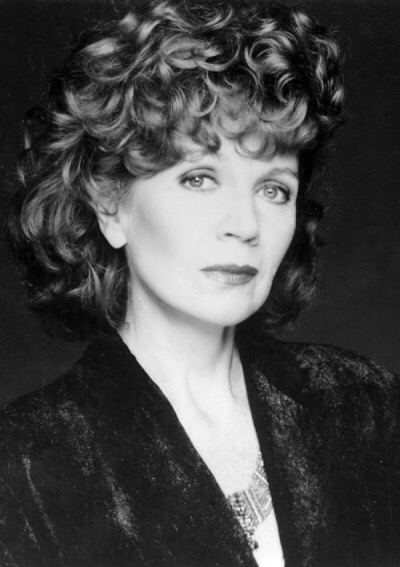 Never heard of 45A: EDNA (Novelist O’Brien), and had to rely upon my fledgling knowledge of the Spanish language at 31D: TARDE (Afternoon, to Alejandro) to resolve the sector. In fact, that’s where I finished, with 32D: ALONG (As a companion). It took me forever to see “AN EGG” at 46A. 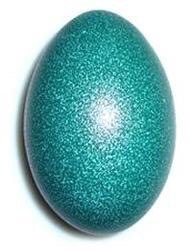 My only other mistake today was at 69A: ENOS (Book of Mormon prophet), I was guessing when I said “Amos.” I should have known, though, since I’ve read the Book of Mormon cover-to-cover at least four times. 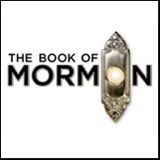 I knew 16A: MAUVE (Light violet), but didn’t fill it in, and was kind of surprised when it turned out to be right.

My favorite clue of the day was 64A: BEDEW (Moisten, in a way). I never would have guessed it. I was reliant totally on crossers, and smiled when I saw it, as this is a word I rarely see, and I would never think to use — but will now figure a way to work it into conversation.

I liked 45D: ENCLOSE (Pen) — I was thinking writing. Also 43D: SPONGES (Heavy drinkers, informally), I wanted to say “Sloshes,” but held my water. And I must mention 4D: SEEKERS (Positions in Quidditch), just because.